The Holy Dephaeden Anraphet spans the Seven Great Branches of traveling worlds. It is an empire unlike any other in the known universe. Seven traveling worlds, one for each branch, make junction at the Crown World, Anra.
​
​     Anra itself is known for its towers, which reach far beyond its atmosphere into space. It is said that the towers were once great migratory ships of the ancestors.

On Anra, and upon the hundred thousand Cherished Worlds of the Anraphet, live the immortal Dephaeden people. According to their myths, the Dephaeden are the descendants of Aeaden gods who mingled with the mortal people of the planet Anra. They consider themselves the stewards of life among the Seven Great Branches of the Anraphet. The Dephaeden believe that their Aeaden gods navigate the traveling worlds in their favor. 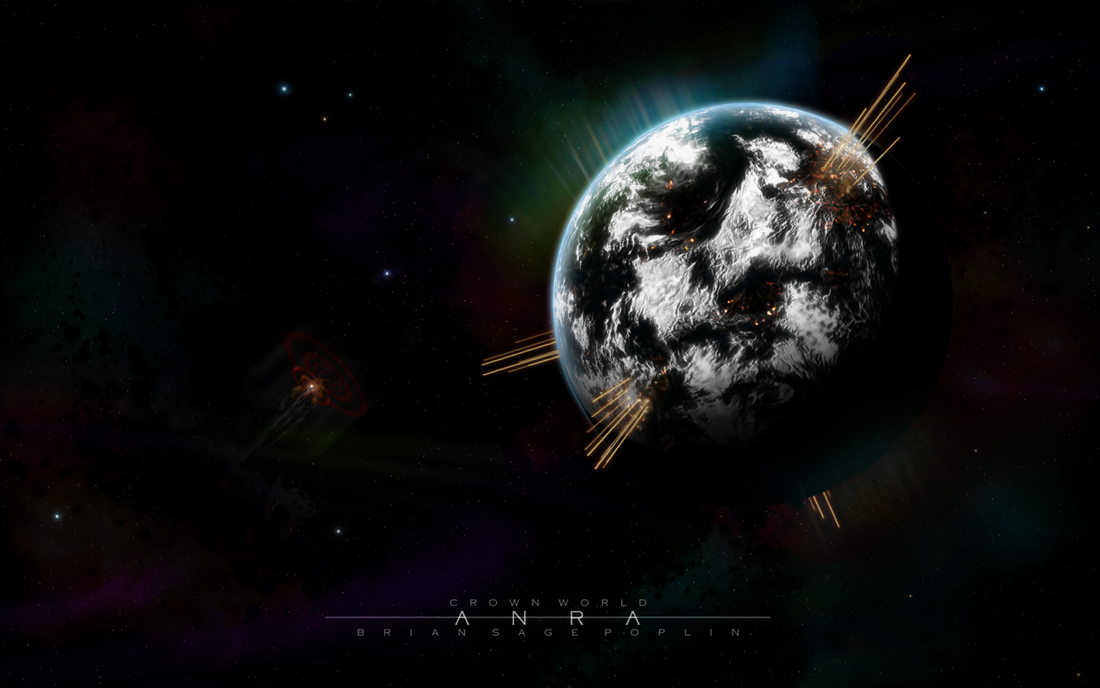 The true history of the Anraphet's foundation is lost in the depths of its first age, the Age of Origin. Records have been replaced with legends just as the origins of Asphaeddai itself are explained in myths. ​​Those concerned with a deeper knowledge of history turn to the the Tale of All; others concern themselves with the histories passed down by the travelers.

​​     Some of the worlds of the Far Reaches were explored by the travelers during the second age of the Anraphet, the Age of Frontiers, and thus have mortal populations descended from their first explorers. Many of the mortals of the Far Reaches, and even some among the frontier worlds have begun to diverge in the third age of the Anraphet, hence its name, the Age of Divergence. 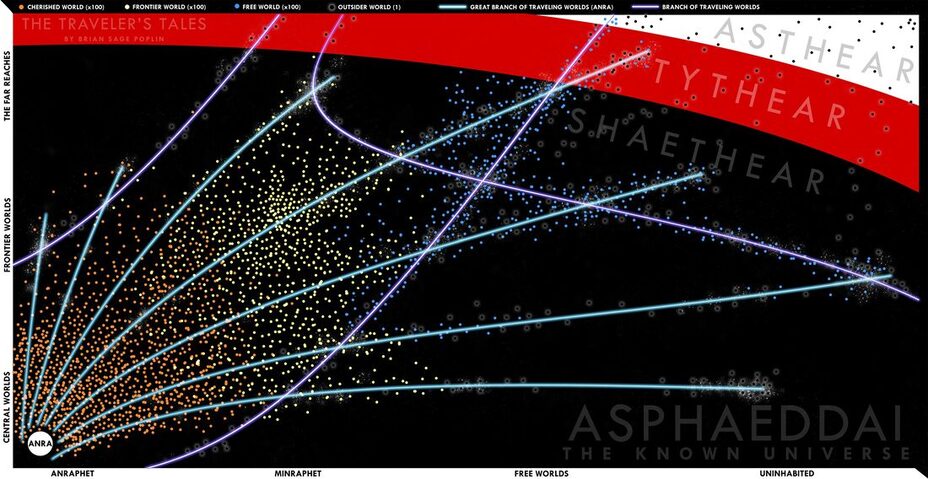 While all of the Seven Great Branches lead back to Anra according to the Anraphet, it would seem that there are a few other branches that do not fit into the centrality of Anra in Asphaeddai.