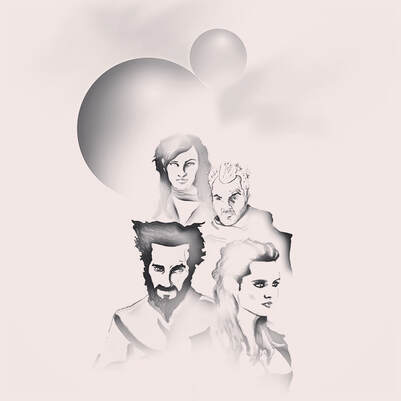 The travelers have ventured to the furthest reaches of Asphaeddai from age to age, before the Anraphet, and since the arrival of the first traveling world. Their tales long preserved the histories of the mortal ancestors; from the stories of Birthworld to the accounts of their arrival at Anra to the truths of the Anraphet's foundation in the Age of Origin.

There once were entire traditions of travelers distinct from one another. The travelers guided mortals across the Seven Great Branches to new worlds and new lives. Travelers sometimes assembled bands of followers and on occasion they took an heir and passed on their knowledge. In the Age of Frontiers, when the immortal Dephaeden expanded their Anraphet to those new worlds, the travelers took mortals further outward, into the Far Reaches.

As time went on, the travelers became fewer. As mortals adapted to their new worlds, they began to diverge from other peoples on other planets, and because of this drift from one species to many, the Age of Divergence came to be.

Now, forces within the Anraphet seek to purify the worlds of these diverging peoples in hope of an ascension that they believe will bring them side by side with their creators in the bright space of Asthear.

​     The few travelers strewn across Asphaeddai must once again rise to their calling and face the dire challenges that the Dephaeden have awaiting them.